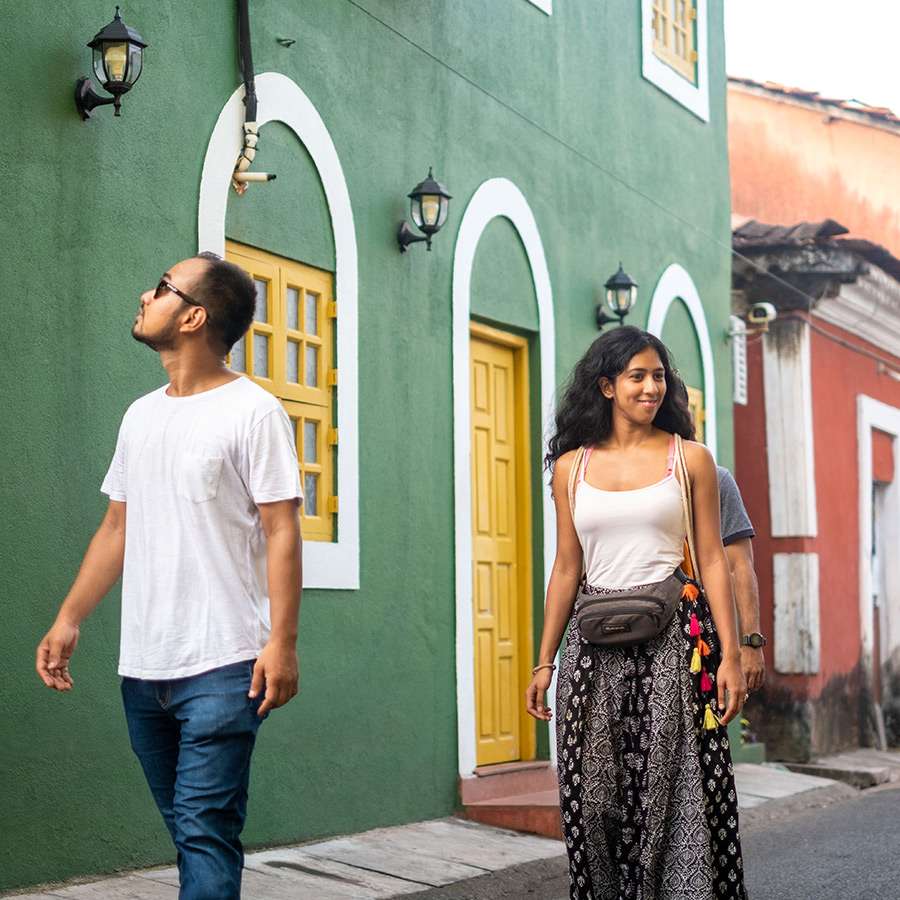 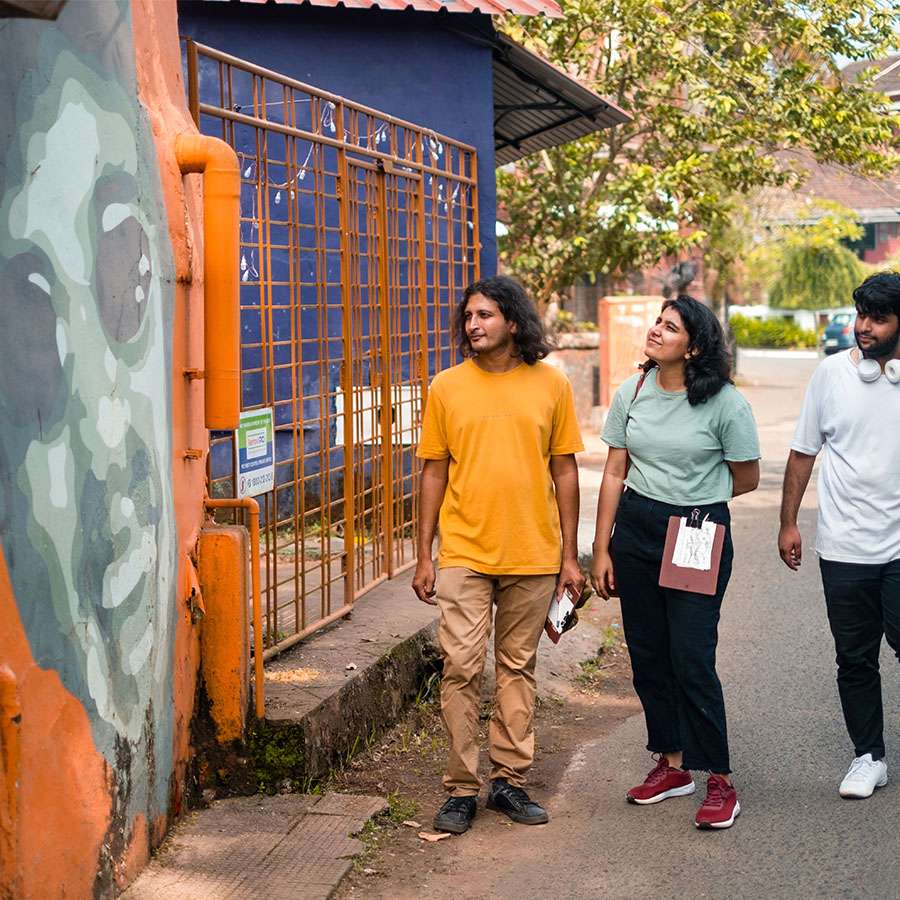 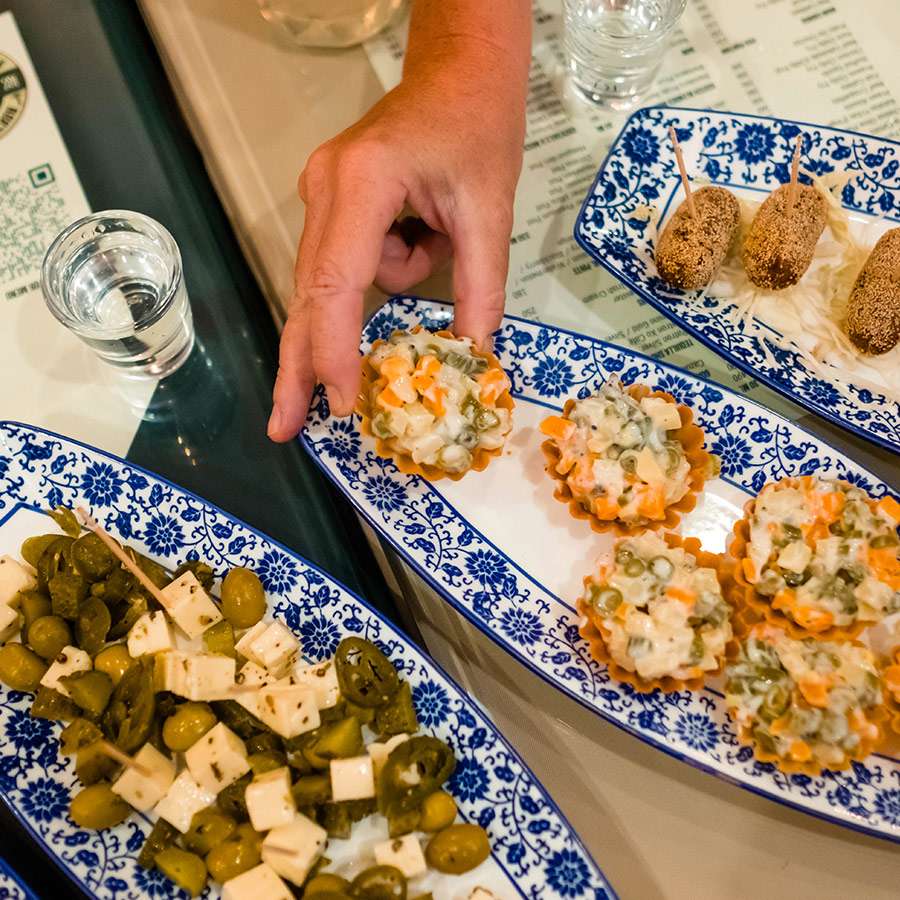 The Story of Fontainhas – the Old Latin Quarter of Goa

The Portuguese stranglehold on Goa with its brutal cultural and economic prescriptions forced many Goans to migrate to Africa, the Middle East and other parts of the world during the 17th and 18th centuries. Christian Goans were quick to migrate and assimilate into other societies taking advantage of lower administrative positions in the Portuguese imperial order. However, some Goans did manage to strike fortunes as entrepreneurs. In the 1770’s, a wealthy Goan who built his fortune in Mozambique returned to Goa. He decided to use the area between Ourem creek in the east, Altinho Hill in the west and the Mandovi river in the north as a coconut plantation. At the time, fishermen, sailors and workers were the area’s main residents helping in the extraction of coconut oil.

In the late 18th century, the colonial elite based themselves in Old Goa, the seat of the Portuguese government in Goa. Tired of waves of disease that blighted Old Goa, the Portuguese had made plans to shift their capital to Panjim in the first few decades of the 19 th century. De Sequiera had passed away in the preceding years, and his property fell to the Carmelite Priests of Chimbel. The Portuguese seized the property when they based themselves in Panjim declaring it the official capital in 1843. The land was used to build government offices and residences for colonial administrators. Plots were then haphazardly sold off without regard for basic town planning. The area came to be known as Fontainhas or ‘little fountain’ in Portuguese inspired by a natural spring at the base of Altinho Hill called the Fountain of Phoenix (or Fonte da Fénix in Portuguese). Fontainhas grew into a large urban cluster, its arterial road connecting through the surrounding neighbourhoods of Sao Tome, Mala and Portais. In 1974, the government of Goa designated the entire area as a zone of conservation, installing legislation around construction and design regulations for new buildings in the area. A Portuguese-era law that mandated every house in Fontainhas be repainted after the monsoon is upheld today too. In 1984, UNESCO also designated the area as a heritage zone.

Known today as the Latin Quarter of Goa, one of the oldest in the world, Fontainhas arrests visitors and residents with a serene charm. Characterised by narrow streets uneven in width, maze-like in direction, the neighbourhood feels like one mass extension of living areas as houses with balconies open into its streets. It is difficult to avert your gaze from its gorgeous homes as their facades are designed to draw your eyes in. When the facade of a home is divided into vertical bays, the eye is drawn to the main entrance of a structure. A home here could present you with all kinds of details to contemplate – the wrought iron railing of a balcony on the first floor, French window parapets, large windows in general dressed in quirky elements, azulejo panels as nameplates. Tremendous variation somehow leads to a remarkable visual coherence. A distinctive colour palette – summery yellows, deep crimsons and reds, Mediterranean blues and greens and a world of pastels brings the Latin Quarter of Goa together. 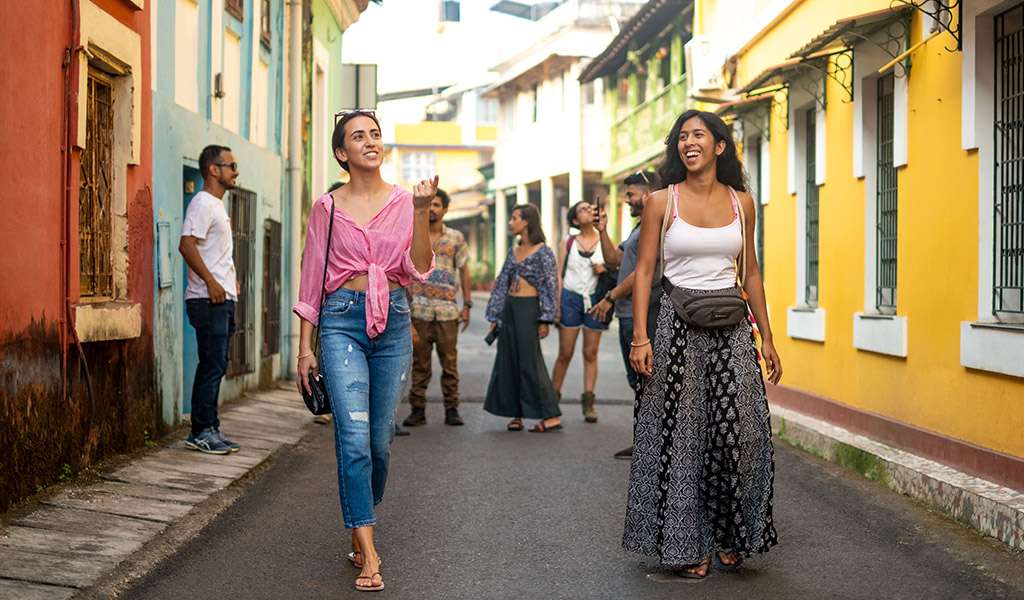 Experiences to try in Latin Quarter of Goa

Experience a taste of Goa’s Portuguese past with this heritage walk around the charming Old Latin Quarter in Panjim. 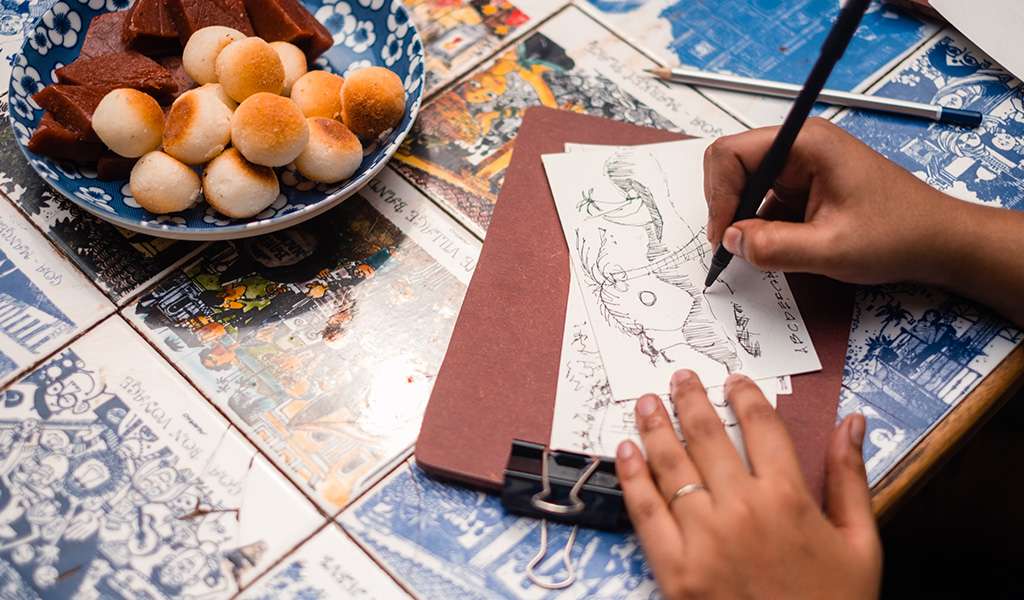 Unlock your creativity and rediscover the capital city of Panjim with this interactive art trail. 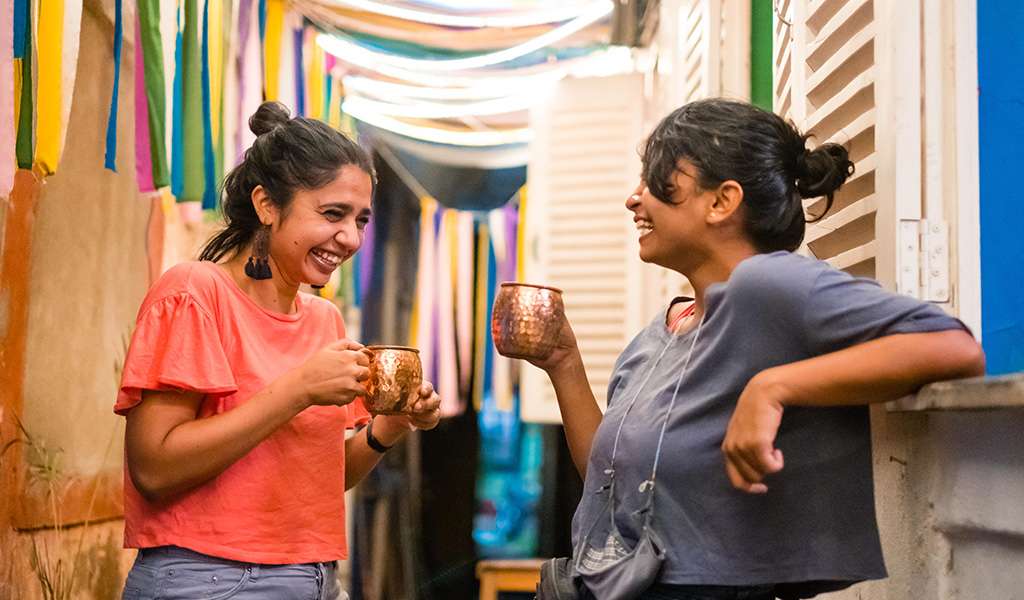 The activity of its residents’ flits from the private to public spheres and the liminal spaces in between. Evocative of the streets of Lisbon or other capitals of Southern Europe, the Latin Quarter acts a magnet for tourists who begin to peter in as Goans finish off their siesta at 3 – 4 pm. Sounds dim as you wind through its lanes and alleys drowning out the hustle and bustle of Panjim city. At night, balmy air, the buzz of voices and the tinkling of glasses from its little bars and restaurants create an inviting vibe.

Cars are useless here. These unbelievably pretty streets are best explored on foot or on a bicycle. The Latin Quarter of Goa is no mere fossil of the past. Families who have lived here for generations have adapted as Fontainhas evolved as the face of a wider heritage area. An extraverted place, this once residential area welcomes the outside gaze as many homes now house cute bars, restaurants, guesthouses and other local businesses. The majority of its residents are Catholic while Mala is a more Hindu area,  its houses directed inward with an introverted ambience to the neighbourhood. Sao Tome is a mixed-use neighbourhood primarily of trading houses. In Portais, one will find a mix of Hindu, Christian and Muslim residents, their houses easily identified by specific markings in front – a tulsi plant for a Hindu home, a cross for a Christian one.

A dynamic area with always something going on, Fontainhas plays host to a festival in February where residents throw open their doors transforming their spaces into temporary galleries. Make It Happen can take you through the treasures of this area through numerous ways. Littered with traditional bakeries, bars, and restaurants, the Feni and Tapas Experience will help you understand Fontainhas’ historical confluences through its food and drink. The Fontainhas Heritage Walk opens up the layers of meaning behind the names of its streets, the history behind its homes, and the significance of its landmarks. A little red well, St. Sebastian Chapel, Sao Tome Chapel, a historic heritage Inn – there is much to be uncovered here!

Other experiences in Goa

Experience a taste of Goa’s Portuguese past with this heritage walk around the charming Old Latin Quarter in Panjim.

Unlock your creativity and rediscover the capital city of Panjim with this interactive art trail.