North Sikkim In Search of the Red Panda 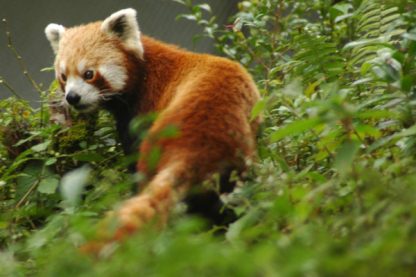 The Himalayas and the Kanchenjanga may be viewed at close quarters from Pelling. Pelling also forms the base from where trekkers and other peripatetic adventurers undertake the strenuous and arduous treks in West Sikkim. The land around Pelling is still a virgin territory and is bathed with alpine vegetation, with numerous waterfalls lining the hillside. In the months of winter, Pelling is sometimes covered with a blanket of snow.

Yuksom literally means the ‘meeting place of the three learned monks’ as three monks who came from Tibet selected Phuntsog Namgyal as the first King of Sikkim and gave him the title Chogyal. ‘Chogyal’ means ‘Religious King’ or ‘the king who rules with righteousness’. Yuksom is also one of the sacred landscape ‘Demazong’ (meaning a valley of rice) of four religious sites blessed by Guru Padmasambhava, which are considered to be the four plexuses of the human body, and Yuksom symbolically represents the ‘third eye’.

Khecheopalri Lake, originally known as Kha-Chot-Palri (meaning the heaven of Padmasambhava), is a sacred Lake for both Buddhists and Hindus, which is believed to be a wish fulfilling lake. It is located near Khecheopalri village, 147 kilometres (91 mi) west of Gangtok and 34 kilometres (21 mi) to the northwest of Pelling town in the West Sikkim district of the Northeastern Indian state of Sikkim.

Early morning proceed on a half day excursion to Yumthang Valley (11800 Ft / 3598 Mts / 25 Kms / 1.5 hours one way). On the way visit the Hot Spring and Singba Rhododendron Sanctuary. Overnight at Hotel.