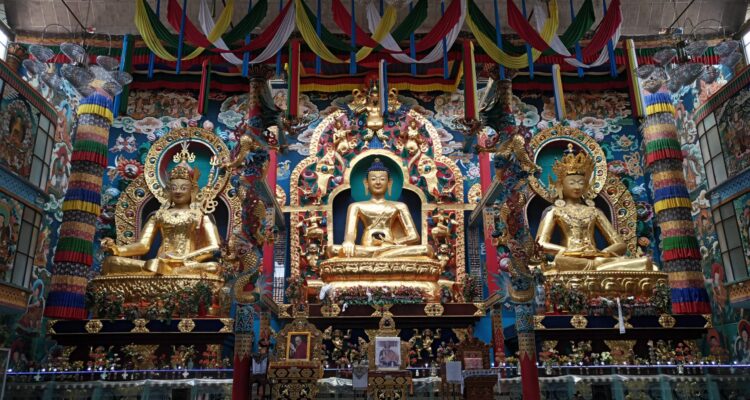 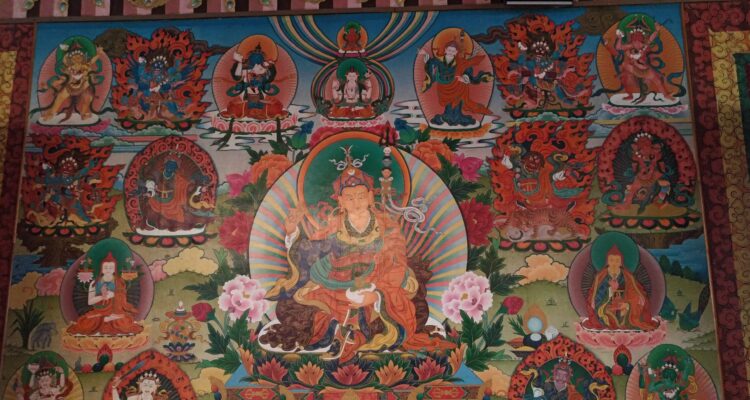 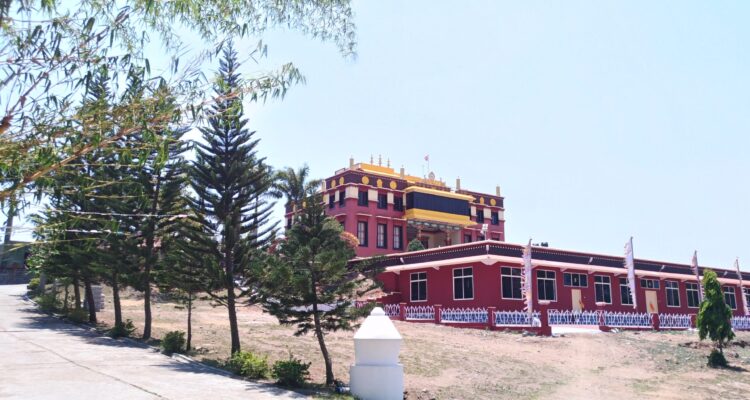 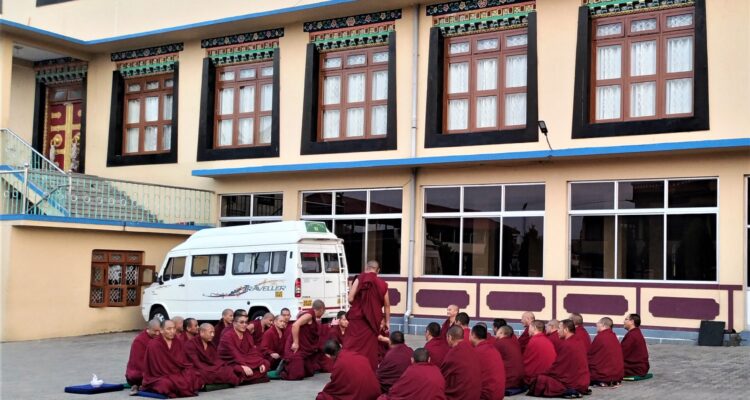 Experience the earliest Tibetan settlement of Karnataka as you witness unique traditional practices that influence Buddhist philosophies. It is also home to one of the major monastic institutions.

Immerse yourself in the unique Buddhist teachings and philosophies as you interact with the monks to have an experience like never before in this specially curated tour of Bylakuppe.

Bylakuppe is an area in Karnataka which is home to the Indian town Bylakuppe and several Tibetan settlements. In 1960, the Karnataka Government allotted nearly 3,000 acres of land at Bylakuppe in Mysore district in Karnataka and the first ever Tibetan exile settlement, Lugsung Samdupling came into existence in 1961.

Bylakuppe consists of a number of agricultural settlements, residential colonies and has number of major Tibetan Buddhist monasteries. Most notable among them are the Namdroling Monastery (also known as the Golden temple), Sera Monastery, an important educational monastic institution and the newly built Tashi Lhunpo Monastery.

A Thangka is a Tibetan Buddhist painting on cotton, silk appliqué, usually depicting a Buddhist deity, scene, or mandala. Thangkas are traditionally kept unframed and rolled up when not on display, mounted on a textile backing somewhat in the style of Chinese scroll paintings, with a further silk cover on the front. Most thangkas were intended for personal meditation or instruction of monastic students. They often have elaborate compositions including many very small figures. A central deity is often surrounded by other identified figures in a symmetrical composition.

Thangka serve as important teaching tools depicting the life of the Buddha, various influential lamas and other deities and bodhisattvas. One subject is The Wheel of Life (Bhavachakra), which is a visual representation of the Abhidharma teachings (Art of Enlightenment).

Full of loud statements, hand clapping, and extravagant gestures, they are one of the most interesting parts of a visit to any monastery. In many monasteries in Tibet, you can watch the debates in the afternoons, held in special debating areas that are usually courtyards, orchards or grass lawns with trees shades.

At the start of the debates, monks are normally paired, with one monk standing and the other sitting (Challenger & Defender). The standing monk poses the question that is the subject of the debate, and the sitting monk must answer. As soon as the monk asks his question – which is normally composed of a logical argument on the philosophical teachings of Buddhism and includes many hand gestures and movements – the monk claps his hands together, signifying he is finished, and giving the sitting monk the time to answer.

Sketching can be an eye opener as you notice the architectural designs and minute details of the buildings which we’ve seen almost all our life. Each person has their own perspective about the same element and these elements can be made memorable by sketching. Photography helps us capture moments, but sketching gets us connected to the places. Sketching at the location to get the feel of the place while you draw or paint the atmosphere, the people, the fragrance of flowers, aromas of food from the houses, sounds of the birds and prayers from the temple, all that gets imprinted in one’s memory as a sketch.

• Transport from Bangalore to Bylakuppe and back in a AC Tempo Traveller.
• All toll, taxes and permits, presenter fees.
• Local English Speaking Tour Presenter in the Bylakuppe.
• Twin sharing accommodation in Sera Jey Monastic guest house, Bylakuppe.
• All meals and experiences as mentioned in the itinerary.